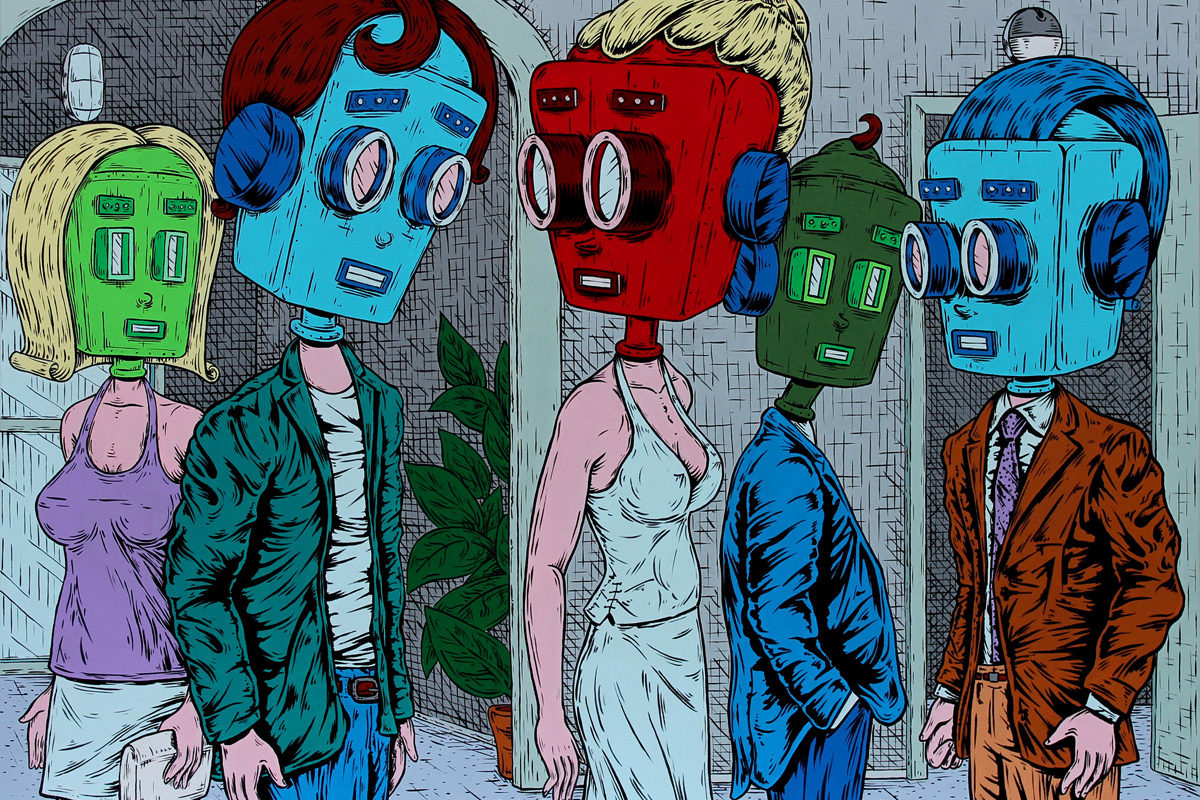 Dast proposes a series of works that, through the archetype of the robot, investigate the isolation of the contemporary man.
Concealing the identity of the protagonists of his works behind masks with features typical of Fifties’ tin toys, the artist gives them the freedom to act according to their instincts, and meanwhile carries out a subtle analysis on the complexity of interpersonal relationships. Ambiguity and fiction, then, but in the first place solitude – meant both as an intrinsic condition of humanity and as a self-defense technique – are the aspects explored by the artist in his almost expressionist painting research.
Overtly influenced by the German avant-garde Die Brücke, to which the bold colors and the purely graphic stroke are attributable, Dast outlines a poignant reflection on the mechanisms that determine the relationship with the others and, in particular, with one’s own inner reality.
On show paintings and works on paper.

This website uses cookies to improve your experience while you navigate through the website. Out of these, the cookies that are categorized as necessary are stored on your browser as they are essential for the working of basic functionalities of the website. We also use third-party cookies that help us analyze and understand how you use this website. These cookies will be stored in your browser only with your consent. You also have the option to opt-out of these cookies. But opting out of some of these cookies may affect your browsing experience.
Necessary Sempre abilitato
Necessary cookies are absolutely essential for the website to function properly. This category only includes cookies that ensures basic functionalities and security features of the website. These cookies do not store any personal information.
Non-necessary
Any cookies that may not be particularly necessary for the website to function and is used specifically to collect user personal data via analytics, ads, other embedded contents are termed as non-necessary cookies. It is mandatory to procure user consent prior to running these cookies on your website.
ACCETTA E SALVA
Cerca