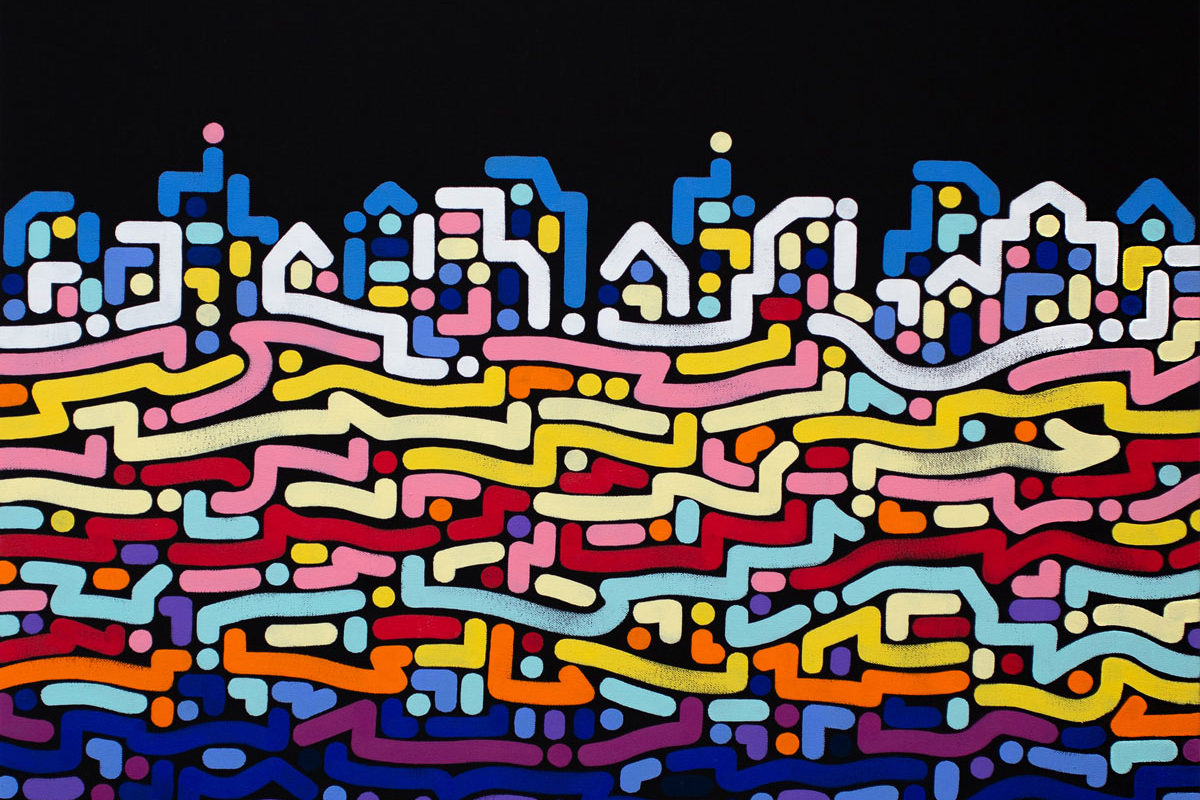 Antonio Colombo Arte Contemporanea is proud to present Innervisions, the solo exhibition of the Korean artist Yoon Hyup, in the Little Circus space.

Yoon began his career as an artist in the early 2000s, painting walls and participating in live paintings with DJs.

Influenced by urban culture and skateboarding, which he practiced as a professional athlete, Yoon has refined a personal way of painting, made up of lines and points, largely inspired by the rhythm of skating, but also by the improvisation of jazz, funk and hip hop music.

Yoon Hyup has taken part in solo and group exhibitions in art galleries and has created installations in public spaces.

He has worked for important international companies such as Nike, Converse, Cinelli, Facebook and many others.

His works are exhibited in numerous cities around the world, such as New York, San Francisco, Tokyo, Seoul, Shanghai, Hong Kong and San Sebastian.

For his first exhibition in Italy, Yoon Hyup has created a new series of abstract works, born from the exploration of different urban landscapes, of which the artist reproduces their rhythm, flow and positive energy.

Yoon Hyup (1982) is a Korean artist who lives and works in New York City.

He also has collaborated with Nike, Cinelli, Wetransfer, NBA, Facebook, Rag&Bone and many others.