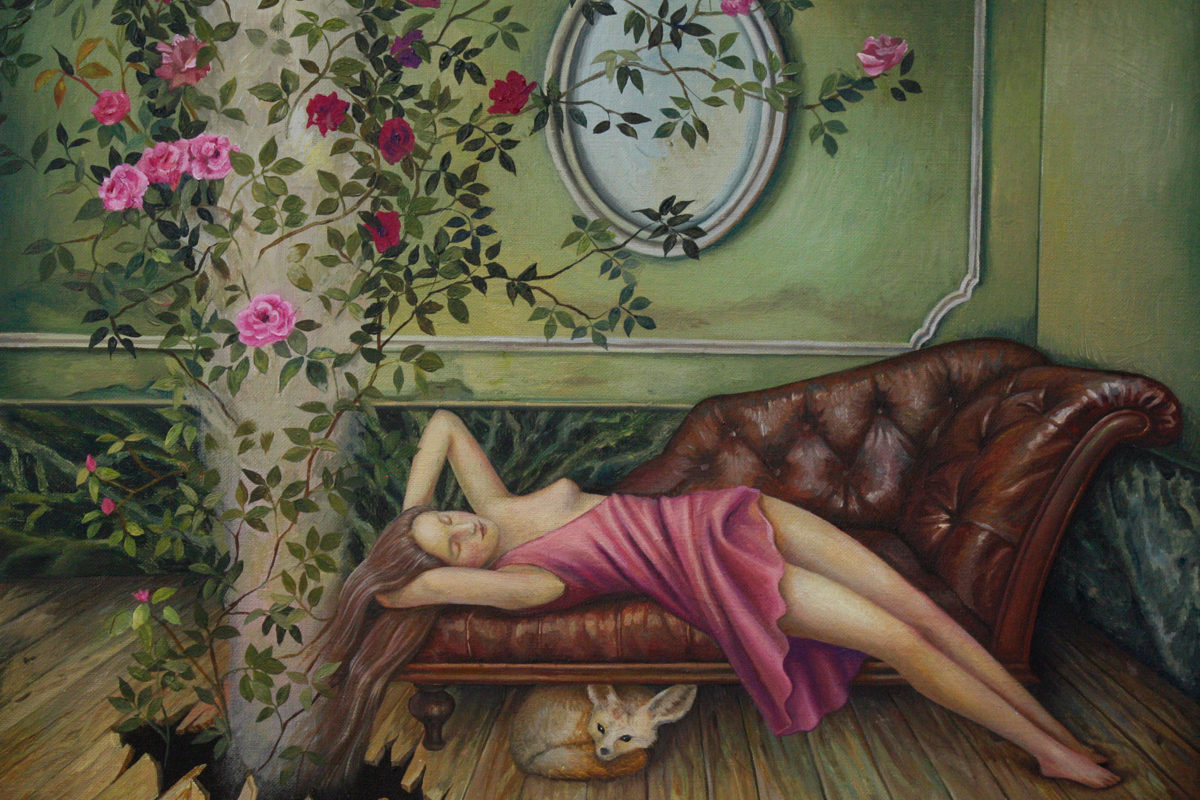 YOU MAY NOT BELIEVE IN MAGIC…

Antonio Colombo Arte Contemporanea is proud to present You May Not Believe In Magic…, a group show curated by Michela D’Acquisto.

The works of the artists Amy Crehore, Ilaria Del Monte, Camille Rose Garcia and Anne Siems are permeated by a subtle atmosphere of mystery that subverts the ordinariness of the scenarios depicted, positioning them in the liminal territory where appearance and reality, blending, coexist.

It is a not easily definable quid that which, subtly insinuating itself within compositions rendered with detailed accuracy, lends a disorienting quality to the otherwise lucid representation of the world: a confluence of magical elements, ascribable as much to the literary genre of fairy tale as to popular folklore and myth.
The timeless harmony of the depiction is disturbed by details that transcend the rules of logic; we are therefore in the presence of works that superimpose sensible reality and visible reality, thus revealing the wonderful aspects of the latter and making the hidden structures that govern it undeniable – «you may not believe in magic but something very strange is happening at this very moment» . [1]

Heirs of Magical Realism, the genre that, starting from the twenties of the last century, has been emphasizing the intrinsic wonder of the world, the artists are influenced in the same way by Neue Sachlichkeit and Valori Plastici, by Jorge Luis Borges’ stories and Dino Buzzati’s ones, revisiting these suggestions according to their own style: the resulting works invite to an awakening of the sensibility and propose a vision of the world mediated by the sublime.

In the gallery will be present paintings, works on paper and hand-painted ukuleles.