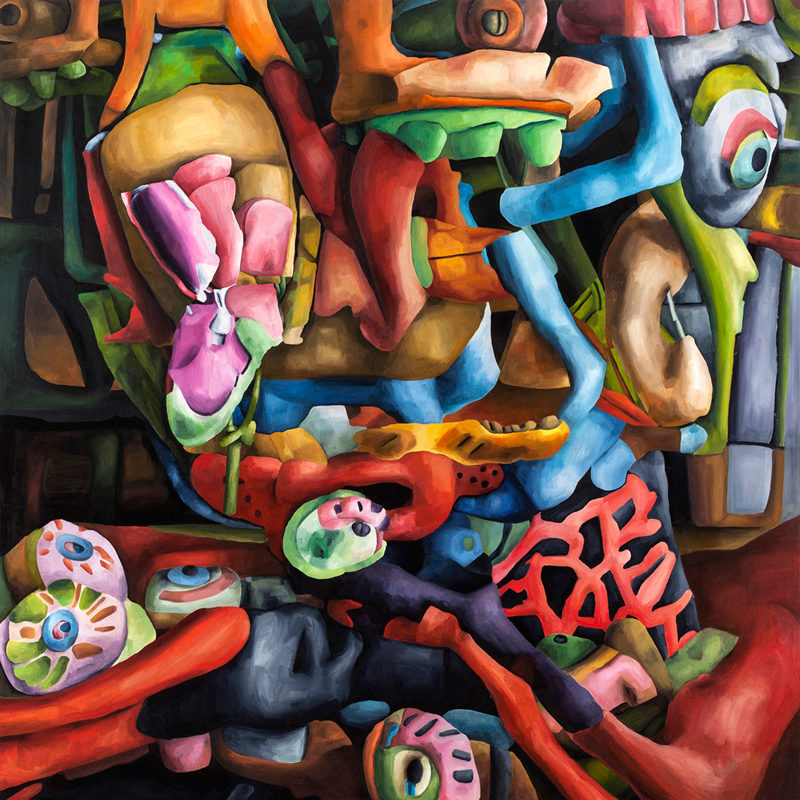 Antonio Colombo presents for Little Circus, the space of the gallery dedicated to special projects, Marta Sesana’s personal exhibition La Festa Della Luna.
The Moon Festival, also called Mid-Autumn Festival, was one of the most important holidays (after the Spring Festival) for the Chinese people, that during those days were able to relax and consume
alcohol and sweets.
The show draws inspiration from this festival to take a deeper look into the relationship between man and nature, society and work.
These days this festival isn’t a national holiday anymore, and this change is to be considered the reflection of the lack of sociability within the contemporary community, where by now the key word is profit.
In Italy the same festival has been proposed again at the Pineta in Val Di Scalve, but with different spirit and participation.
Marta Sesana presents for her exhibition three new big paintings, a site-specific installation and several works on paper that recreate the environment and the “fauna” of the festival.