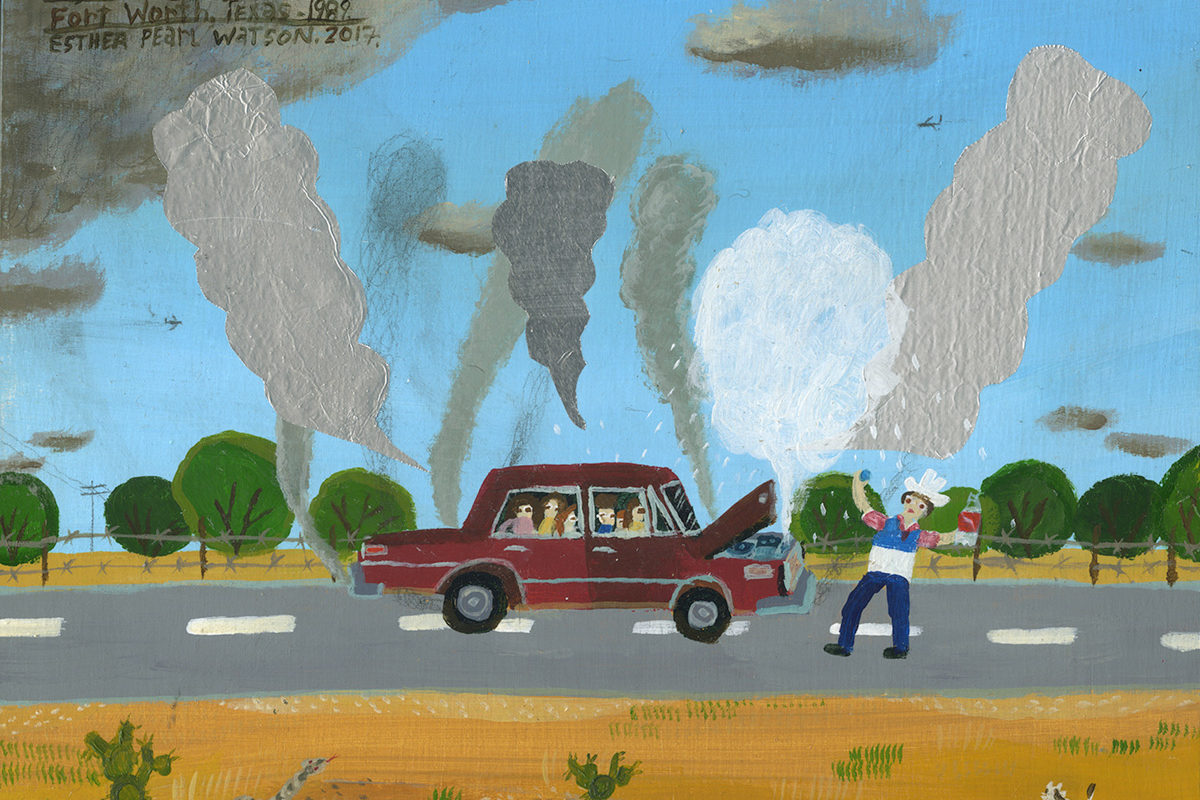 Antonio Colombo Arte Contemporanea is pleased to present Starship Pegasus, the second solo show by Esther Pearl Watson at the gallery.
Taken from the name of a tourist attraction, a spaceship containing a theme restaurant, the title of the show references the Monolithic Dome in the town of Italy, Texas, which the artist remembers encountering, with the impression of having discovered a UFO. A particular relationship has grown out of this chance meeting: in the vicinity of the places where Esther spent her childhood, in the state of Texas, the presence of an installation in a place that links back to the Italian roots of her family becomes a pretext for recollections.
The works in the show represent landscapes full of these memories, fields in which to dream of the future under starry skies, the streets of Ferno traveled by bike to go and watch airplanes taking off. To accompany the scenes of everyday life, the nocturnal subjects are galaxies, starry skies, clusters of stars.
The artist’s research on the relationship between past and future emerges through the coexistence of impressions: stimulated by a vision of childhood memories connected to the inventions of her father, who created flying saucers using pieces of motors and wreckage, which stud her past with their reassuring presence, the focus shifts into a voyage towards a new horizon of the future, of hopes and aspirations, experienced in an atmosphere of dreams and desires.