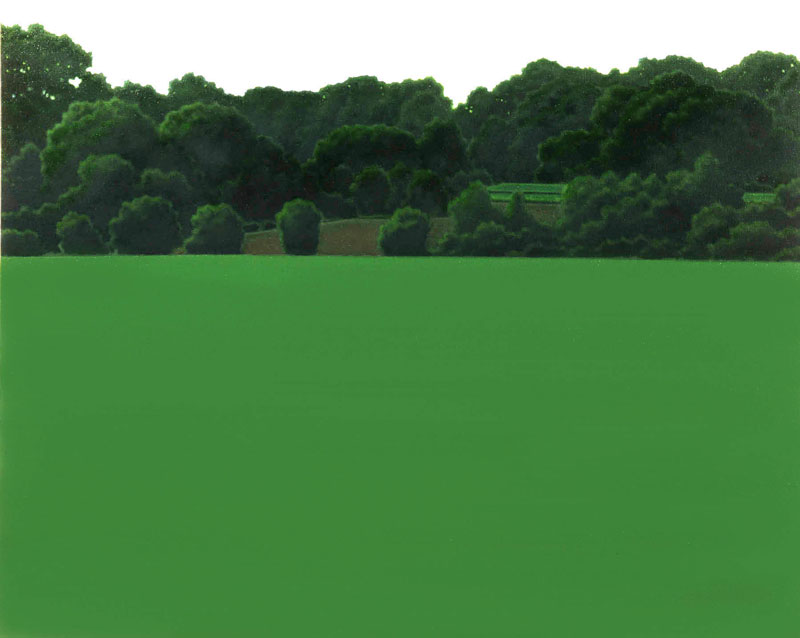 Valentina D’Amaro, in the wake of outstanding acclaim in recent years in Italy (winning the Premio Cairo in 2005) and elsewhere (participation at the Prague Biennial, solo show in Lisbon), returns to Milan after a two-year hiatus, presenting her second show at Antonio Colombo Arte Contemporanea.
The work Valentina D’Amaro seems to be made of minimal, almost imperceptible variations, but it is actually the result of intense reflection and conceptual study, always aimed at getting to the essence of things. Shizen, the title of the exhibition, is an ancient term used in both Chinese and Japanese to indicate nature, or literally “to be as it is, spontaneously”. This conception of nature has been investigated in Western thought above all by Heidegger, who repeatedly reflects on the transience and emptiness of things, concepts found in Zen Buddhist philosophy as well. As a metaphor, Heidegger often spoke of the tree in bloom: «we stand before a tree in bloom, and the tree stands before us. The tree faces us. The tree and we meet one another as the tree stands there and we stand face-to-face with it». Then what happens? Perhaps simply the vanishing of the “we” as the subject that represents, and at the same time of the “tree” as the object represented.
In the same way, Valentina D’Amaro aims at the essence of things. We are faced with a depicted landscape that appears before us just as it is, without descriptive or narrative adornment, conceived with just a few elements whose variations seem tiny. Actually each painting, in which the slow process of production has become a sort of ritual procedure, takes us one step closer to the pure meaning of existence. The artist, in this show, also utilizes photography for the first time, not as a surrogate for painting, nor as a theoretical crutch, but as another form of reflection on the relationship between nature and artifice, reality and invention. This new cycle of photographic works accompanies a corresponding number of paintings made with the usual attention to detail and elegance. These experiences share a desire to remove the art object from a context of hypercommunicative excess and frontal impact, taking it back toward a slower, more meditative viewing process. To find the right solution the work must communicate beauty and spiritual intensity, values Western culture would do well to reconsider in this dark, troubled era.