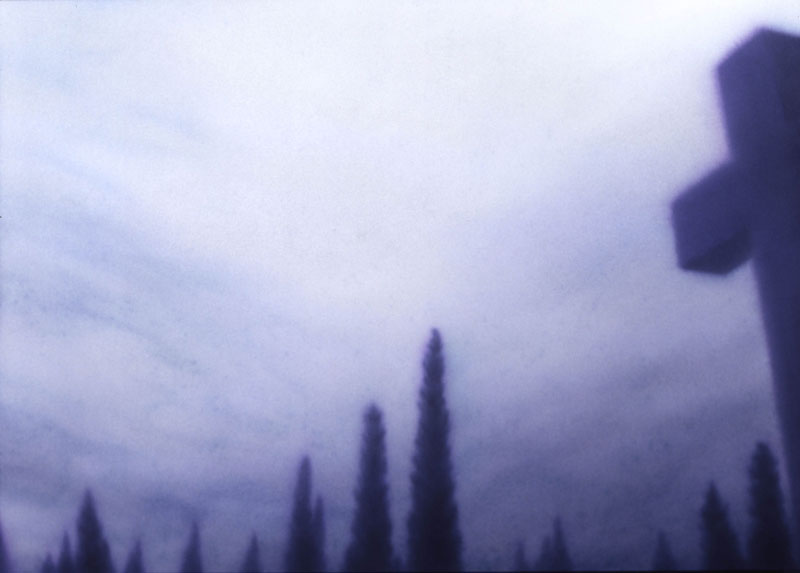 In 1968, the Beatles “White Album” spread out without any title or cover image (but the cover had been designed by Richard Hamilton, english artist of the pop art scene). It soon became the symbol of conceptualism art and culture. Later, on the rock scene, we saw various “Black album” related to an outlook on reality from a dark side, linked to excess and paroxysm. Among them we remember The Metallica Black album (1991), an authentic “Ruth” for two generation. Back In Black by AC/DC had been a revelation in 1980 and, on the other hand, in a different context Prince’ Black Album inspired a novel by Hanif Kureishi. The exhibition project is located, in its concept, between “Blackitude and Blackness”. We selected and invited about twenty artists, from Italy and other countries. The final aim is to show different works by young and/or known artist scattled from sounds and vision of darkness. Languages and poetry from alternative and opposite cultures as comics, piercing, body art, tattoo, graffiti to skate board and bicycle. It will be the portrait of a ranting and roaring world.

For many of our generation 1977 was a crucial year. Everything seemed to happen in those twelve months that brought about profound changes. The new wave swamped political sensibilities (some embraced the movement’s causes in full, others had firsthand experience of the dramatic contradictions of terrorism, others started to take their distance), but also and above all aesthetic ones, inevitably in the context of questions like “what do you wear” and above all “what do you listen to”.
The early Seventies were dominated by color and light: the last tremors of the psychedelic, the glam rock sequins and crossdressing of David Bowie, the triumph of symphonic pop, its contaminations with progressive rock, were all signals of a deep need to be visible that marked, at the same time, the gap between the star on the stage and the fans on the floor. All this happened in England (that was the place to look, rather than America, in spite of its status as the homeland of rock’n’roll). Here in Italy, on the other hand, people listened to “cantautori” (imposed by the historic left, which never understood much about music anyway), the “committed” version of the Sanremo festival.
I remember 1977 vividly: the graphics of Jamie Reid for the Sex Pistols’ covers; the release of the first Clash albums; but above all the black leather jackets of the Ramones. People often argue about who was the real innovator, the one (or ones) who played the decisive role in Punk – the iconoclast Rotten-McLaren-Westwood trio, with the maudit addition of Sid Vicious? The many grouplets of the Oi! movement faction, where skinheads and bright mohicans mingled? The shadowy existential current that flowed into the Dark, a taste trend that has never stopped? But at least in my case the Ramones offered the perfect epitome of a possible punk way of being, available to any teenager with enough freedom not to have to quickly change clothes before entering his home or his workplace. Old jeans and a white t-shirt, a leather jacket, long hair, dark glasses and worn sneakers (the “rotten Supergas” as Giuseppe Culicchia calls them in his latest novel, “Il paese delle meraviglie”, narrating a tale of ‘77). Creators of an irresistible, catchy rock’n’roll, the Ramones were the main culprits behind the descent to black of many, many young people. Who then discovered that black works in both existential and aesthetic terms. In fact, it continues to be widely used on stage and in everyday life.

And Into the Black

“Out of the Blue and Into the Black” mumbled Neil Young in one of his best songs, “My, My, Hey, Hey”, with the voice of a dog baying at the moon (not my simile but that of music critic Cameron Crowe, later director of “Almost Famous” and “Vanilla Sky”). The year was still ’77: Neil Young, though certainly not a punk, had understood where the new r’n’r energy was, and dedicated the song to Johnny Rotten. By then the black fashion was raging in our clothing, and the need for each person to make his own black album was getting realer and realer. Everyone knows the story of the White Album of the Beatles, and those who don’t should read the piece by Matteo Guarnaccia. White, a lack of images on the cover, just the group’s embossed name, expressed the conceptual and therefore artistic aspirations of the world’s most famous pop band. John Lennon, who had met Yoko Ono, was no longer satisfied just to be the group’s charismatic leader. He was making the leap of intellectual awareness necessary to become an artist. The famous cover designed by Richard Hamilton fits into the trend of conceptual art, just as the characters of the inscriptions of Joseph Kosuth or the white metaphysical spaces of Giulio Paolini immediately define the realm of the intellect, of thought, process, reason. While the early Seventies were the time of a great many white albums, punk flipped the pancake with its grimy mitts, fanzine graphics and used clothing. What term can we use, if not punk, to describe the drawings of Raymond Pettibon, a mixture of subculture and the restless history of the Other America? And the first video installations of Tony Oursler, a good friend of Thurston Moore and Kim Gordon, classmates at CalArts in Valencia, California? And the puppets of Mike Kelley who used trash and scrap materials for his installations, stuff excluded from the production cycle of capitalism?
Maybe there has never been a punk art, unless we are willing – as Greil Marcus suggests – to look to Dada and Situationism for the roots of that provocative attitude as an end in itself that punk exaggerated. But it is also true that in those same years punk entered art, through the color black. And it has never left.

This show is a tribute to the dark, more visceral, less “intelligent”, more material, less sublime side of r’n’r summed up in the image of the Black Album, a cover to grab with filthy fingers, without that extra attention required by handling something white. Logically enough, black monochromes were used above all by groups and personalities immersed in Blackness, which was both an aesthetic condition and state of mind. I remember the gorgeous Back in Black by AC/DC, something more than mere metalheads, playing an intense urban blues announced with infernal bells. Metallica did their Black Album as a monument to heavy metal, and it is still fundamental for any discography worthy of the name. But in general, from Joy Division to Bauhaus, Cure to Jesus and Mary Chain, Suicide to My Bloody Valentine (just to name a few of the acts inseparable from my cultural background), black wrapped everything in sadness, expanding onto clothes and rapidly becoming a visual and mental uniform.
The question of black (and its representation), however, doesn’t exhaust itself with postpunk and dark. At the end of the Fifties, when Blackitude (as the color of the skin) started to seem like a problem that would be hard to solve, someone started to get seriously pissed off about the edifying image of the good black and the tolerant white Hollywood and school textbooks were selling. Wasn’t Ralph Ellison, author of the “Invisible Man”, a protopunk, who said: the world doesn’t see me because I am black as night, and thus invisible to most people? Wasn’t that half-Haitian, half-Brooklynite kid who wrote on walls in Manhattan under the tag SAMO (Same Old Shit), and then achieved overnight, amazing success as Jean-Michel Basquiat, a punk? He squandered tons of money and then died of an overdose, just like Sid.

Hanif Kureishi called one of his first novels “The Black Album”, set in the suburbs of London, where the families of Asian immigrants (Pakistani and Indian) coexist, not without difficulty, with the English subproletariat. The idea (he’s said so, repeatedly, in interviews) came from the Black Album, the record with which Prince, at the time the only true star of Black Music, began to rebel against the blackmailing system of the majors, deciding to produce a record that would be practically impossible to find, issuing only a few copies, distributed through the network of his fanclubs. Isn’t this punk? This disdain for his public role, this mockery of convention to the point of erasing his very name, at the height of his career, hiding behind a mysterious, unpronounceable symbol?
Fashion has inoculated us against the authentic germs of rebellion: but once there were others who came to the world and grew up with the impelling need to blow everything to smithereens. Once upon a time there was the high priest of Black Power, a musician who influenced many young people and created a true Afrobeat, without the folky, naive part, while continuing to be active in politics, attracting thousands of people to his concerts, whether in Africa, America or Europe. His name was Fela Anikulapo Kuti, the first creator of non-occidental music to receive the monographic tribute of a contemporary art museum, the New Museum last year in New York.
By the way: punks all over the world love Fela…