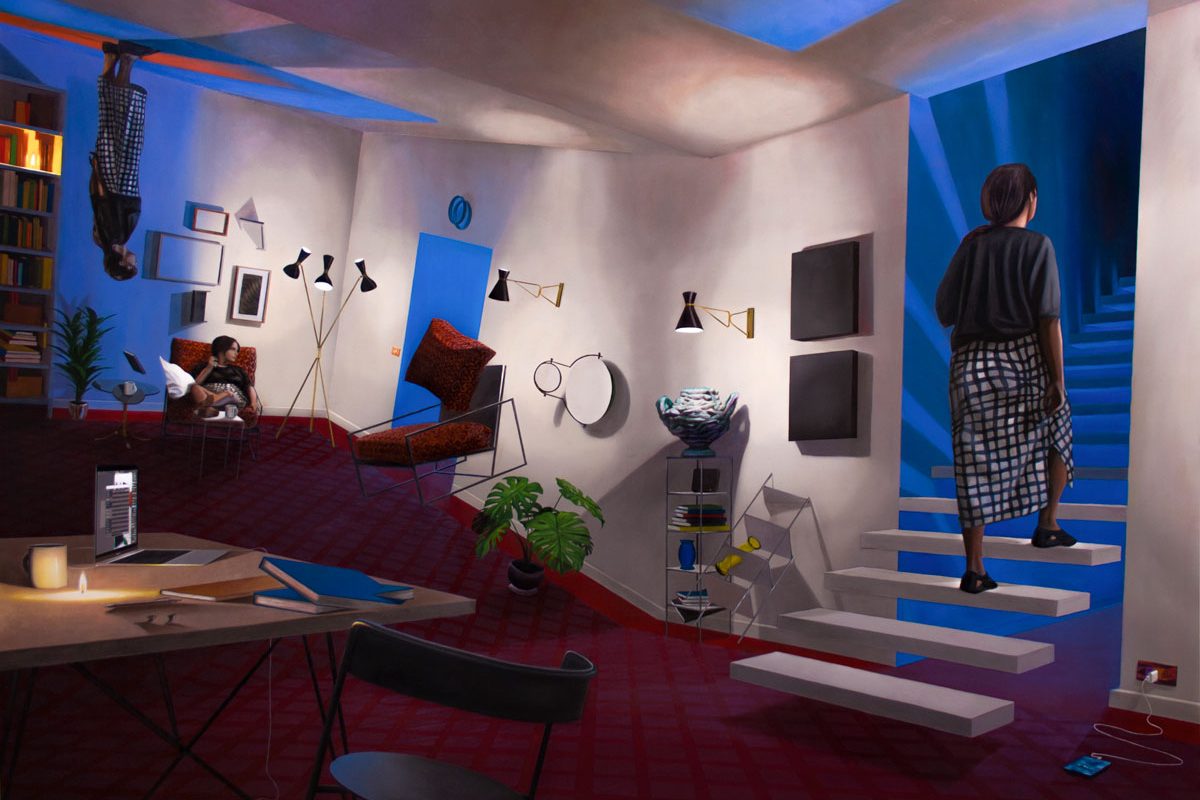 SHINE ON YOU CRAZY DIAMOND

Q: Your band has a very original name. Who suggested Pink Floyd?
A: Aliens
from an interview with Syd Barrett

After almost two years devoted to the Columbus centenary – and in the meantime all sorts of things are happening: pandemic, lockdown, isolation, reopening, another lockdown, and Italy divided into colored zones like the old maps used in elementary schools in the 1960s – the activity at Galleria Antonio Colombo optimistically resumes with a colorful, psychedelic group show including works by 9 artists – 5 women and 4 men, 6 Italians and 3 foreigners, inspired by the title of a famous song by Pink Floyd.

The main track from Wish You Were Here, the album Pink Floyd dropped in 1975, which as critical lore would have it was written specifically to commemorate Syd Barrett, distant from the band for years, who had appeared like a ghost during the recording sessions at Abbey Road Studios in London, Shine on You Crazy Diamond stretches out over 26 minutes.
As a structure, the piece is divided into 9 parts, and this exhibition presents work by 9 artists, a number that is far from random and brings with it some interesting meanings. In Christianity it is the symbol of the miracle, as 3 squared, that 3 of the trinity and the sacrifice of Christ. In the Gospels, the crucified Jesus breathes his last at the 9th hour. In astrology it is the symbol of completeness and fulfillment, the last one-digit number, which includes and sums up those previous. In Judaism the number 9 represents pure intellect. No number can go beyond 9, the insuperable limit to which every individual is subject in the material world. The Chinese bowed 9 times before the emperor, the vassals touched their foreheads to the ground 9 times in front of the chieftains of certain African tribes, and the Buddha is the 9th incarnation of Vishnu.
Amidst the notes of Pink Floyd and the references to numerology, this exhibition opens under the sign of faith (in the past we might have said positivity, but today being “positive” means something else again). The works by the 9 artists, all made specifically for Shine On You Crazy Diamond, with techniques and languages that vary from figurative painting in different versions to ceramic sculpture, from drawing to multiples, design objects to Street Art, transmit a spirit of faith, a desire for rebirth and, above all, a desire for change.
Because change also means getting away from one’s own time-tested style, to try out the impact of new languages. To experiment, in short. If we consider the fact that all these works have been produced over the last year, influenced by lockdowns, isolation, imposed limits such as that of having to avoid travel, the need to work at home – hence in what is at times limited domestic space – and to reduce contacts and relations, Shine On You Crazy Diamond will be above all an exhibition of inner psychedelia. What will be on view at Galleria Antonio Colombo, starting on 18 March 2021, is the result of these reflections and of a summons, to which the 9 artists and the critic Luca Beatrice have responded with enthusiasm.