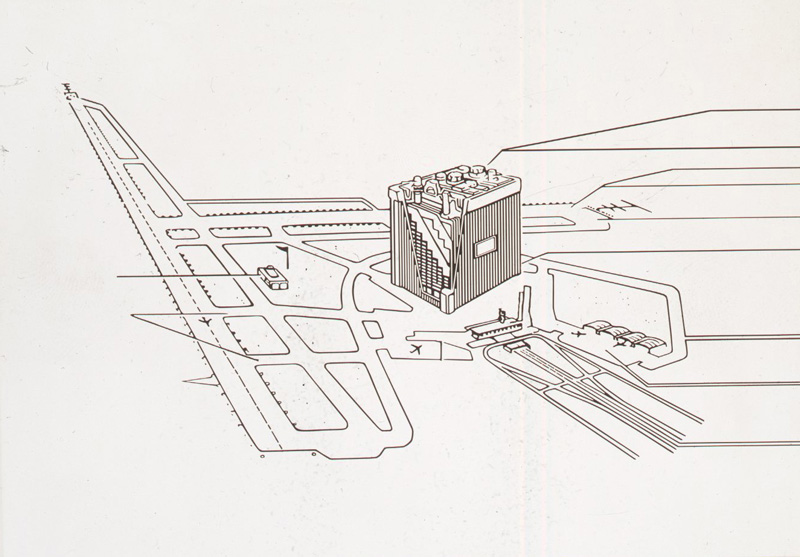 From 5 October to 18 November, at the Antonio Colombo Gallery, the first solo show in Milan of the work of Sergia Avveduti, curated by Roberto Daolio, featuring paintings, digitally processed images and one sculptural model.
In the paintings, in small and large formats, the guidelines that compose details of buildings and construc-tions (precise historical references) are positioned on the void of the canvas. The model displays a pre-carious equilibrium between abstraction and a generating act of design. The digitally processed images, on the other hand, propose a reinterpretation of antique paintings: modifications to the original work add scaffoldings and works of structural reinforcement.
In this new series of works by Sergia Avveduti reflection on drawing, design and architecture becomes the leitmotiv of a constructive research on the idea of a temporal conjunction-conflagration. The reflection on drawing extends to the replacement and modification of different images and styles; the solid and the void establish a dialogue on the inclined plane of a possible “immaterial” reconstruction. While the object-like, volumetric dimension shifts to combine new and different relationships. The technological solutions applied converge to define a constant dialogue between the absence and the presence of a will motivated by relationships with history and the ground zero of an infinite possibility for variations. To draw, to erase, to construct and deconstruct, to inhabit and to cultivate distance become synonyms of design-oriented dimensions rooted in the order of the possible. Like heterotopies extended to recatalogue the forms of a knowledge achieved, her canvases and her three-dimensional “objects” reflect the apparently interrupted dialogue between nature and artifice, between destruction and invention of signs and images beyond the threshold.

Sergia Avveduti (Lugo – Ravenna – 1965) participated this year in group shows like “Trends” at the Salara of Bologna, curated by Silvia Grandi and Guido Molinari, and “Soap Opera” at the gallery En Plein Air-Arte Contemporanea of Pinerolo (To), curated by Luca Beatrice and Alessandra Galletta. Previously she took part in shows at the Neon and Marabini galleries in Bologna, at Care Of in Cusano Milanino, the Galleria d’Arte Moderna of Bologna and the Trevi Flash Art Museum. Her last solo show was held at Galleria Neon in Bologna in 1999.
In October she appeared on the RAI television program “L’ombelico del mondo”, organized by Nanni Balestrini, Paolo Fabbri, Sergio Spina and Lello Voce, and the work created “live” for the television program will be shown in a group show beginning on 28 September in Rome, in the spaces of the “Ex Macello”.