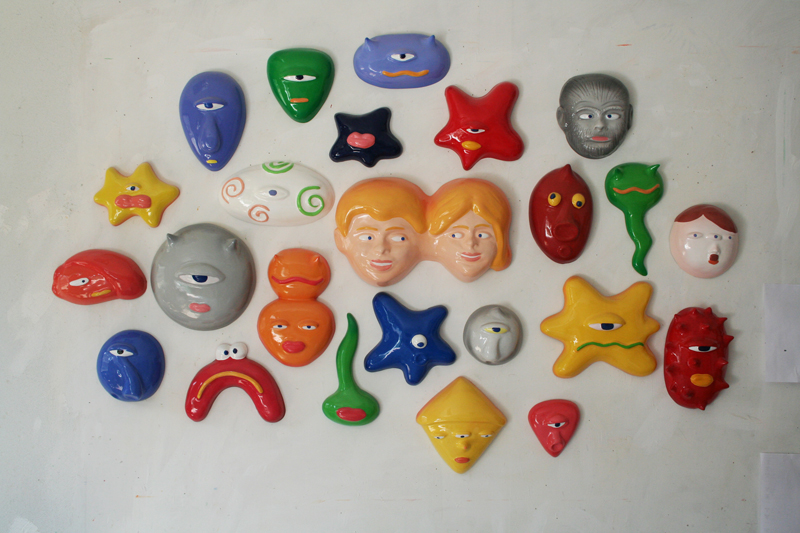 Antonio Colombo presents, for Little Circus – the space inside the gallery set aside for special projects – a solo show by Gianni Cella, Eden, a metaphor that indicates the origins of art and life. The installation is composed of two central figures, the sculptures of Adam and Eve, with “Primordial Chaos” on the wall, a series of good-naturedly menacing masks that surround the faces of Adam and Eve.

Gianni Cella’s way of living and making art comes from a surplus of empathy that makes him feel he is in contact with the world. His works have always involved three-dimensional figures in bright colors. The atmosphere is that of the bittersweet irony of the themes addressed, representing a playful, carefree imaginary that nevertheless reveals a subtle undercurrent of tragedy when observed more closely. His images convey a perceptible sense of empathy, in which the stereotypes of popular figuration, dramatic elements and abstract structures are transfigured.

Gianni Cella (Pavia, 1953) is a visionary of life, prolific, polymorphic and kaleidoscopic, who lives in an eternal adolescent isolation. In January 2000 he left the Plumcake group to feel responsible for his own creative world, and began a new individual career in drawing, painting and sculpture.