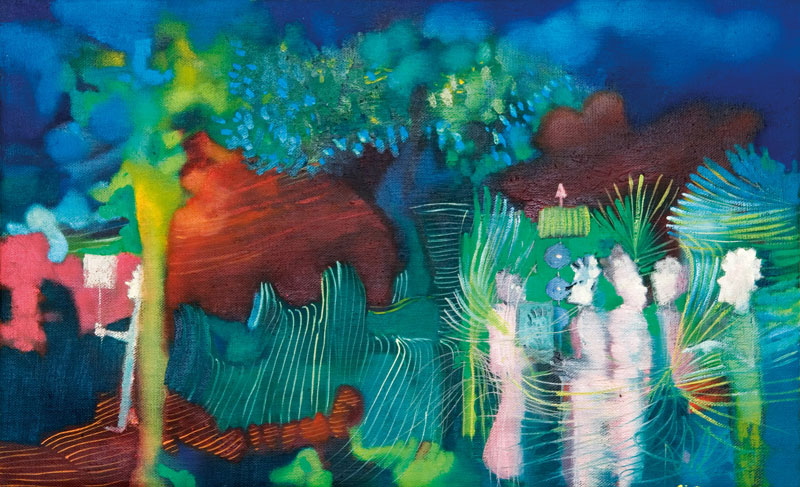 Home at last opens on 21 September and presents the latest works by Marco Cingolani, on the foundation of cities and empires, and the madness of travelers and colonizers. Rome, Jerusalem, New Amsterdam (the first name of New York) are the stops on a journey in the timeliness of the past. Empires have built and destroyed cities, cities have built empires.
The works investigate the borderlines that create the economy, the voyages that construct relations, clashes, wars, heroism.
A small village that will rule the world, determining rights and citizenship, absorbing and summing up the best of culture and the arts; the Roman Empire is a mixture of force and loyalty that, allied with the cross, has shaped our reality.
The artist’s reflection upon the present situation in Milan, and particularly upon the hypothesis of a project that calls for relocation of the Central Station, leaving an enormous space ready for “speculations” of architectural beauty, have inspired one of the largest paintings in the show, which is entitled Pie in the face of the architects, where soft, sweet custard impacts frightened faces and improbable models. The artist proposes his own improbable architectures, in paintings and drawings that outline a master plan for a new Milan: constructions in the form of a Trojan Horse, Noah’s Ark, tree trunks and, above all, an enormous whale that after granting asylum to Jonah and Pinocchio, will host the city’s youth hostel.
At the opening there will also be a fragrance called “Pinocchio”, in a signed and numbered edition, specially created for the artist. The perfume, contained in a special bottle, has notes of wood and amber, and oriental overtones including Cubeb, the pepper plant. The search for spices drew travelers and adventurers along uncharted routes, expanding our concept of beauty and wonder.
The catalogue will contain interviews the painter has done with friends and protagonists of the art world. A conversation of many voices on the splendor and joy of Italian art.

Marco Cingolani was born in Como in 1961. He lives and works in Milan. He has participated in many group shows, including Una scena emergente (1991, Museo Pecci, Prato)