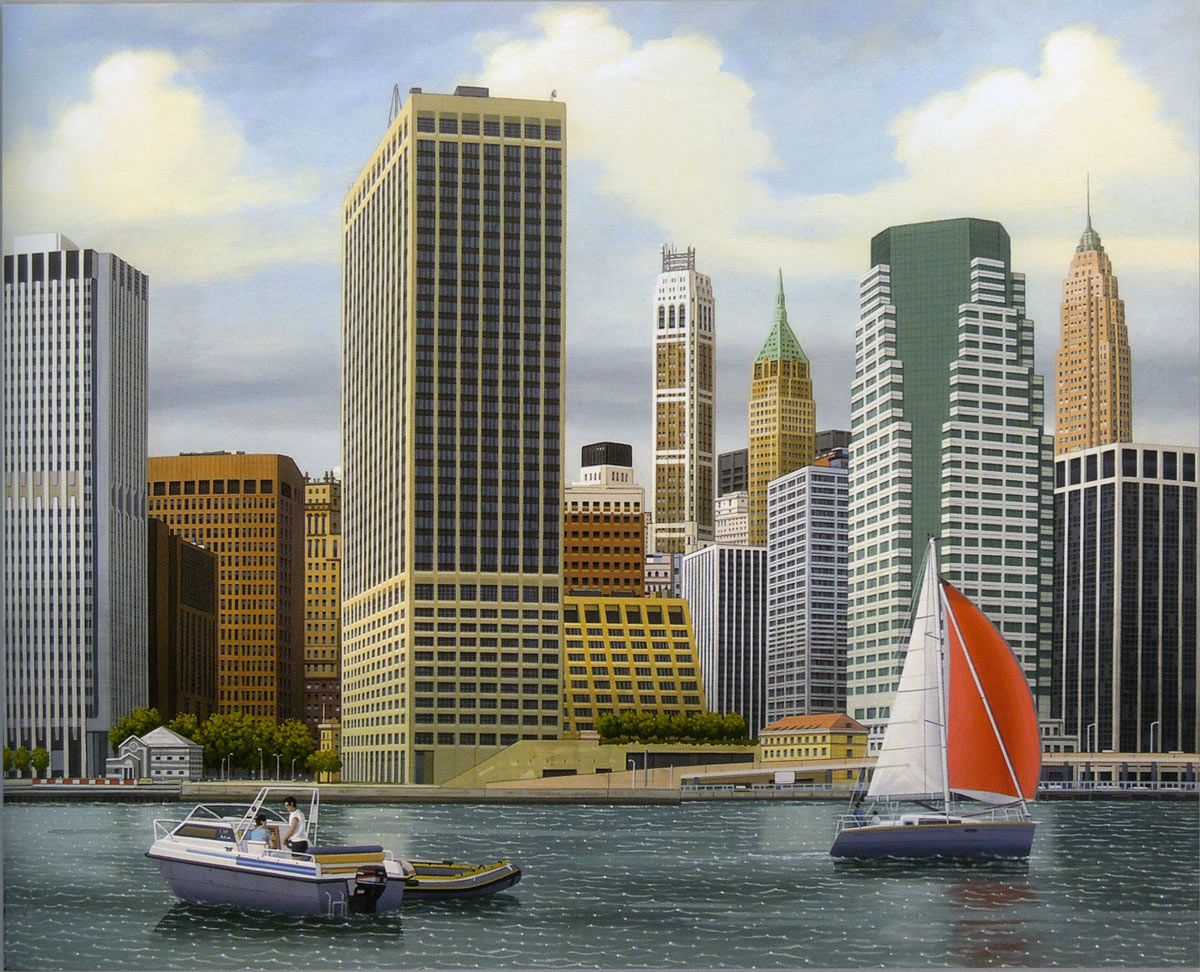 Aldo Damioli was born in 1952 in Milan, where he lives and works.

He takes part in many and important shows in Italy and abroad: in 1999 is among the artists of XIII Quadriennale d’Arte of Rome, in 2000 is among the artists of L’altra metà del cielo,curated by Alice Rubbini and Peter Weiermair at Rupertinum of Salzburg, and then at Kunstsammlungen of Chemnitz, and in 2001 he is at Galleria d’Arte Moderna of Bologna and in 2002 at Museo d’Arte Moderna of Budapest, in 1999 the takes part in the exposition Sui generis curated by Alessandro Riva; in 2004 he sets up a solo show at Palazzo Frisacco of Tolomezzo, in the province of Udine. In 2005 he takes part in the II Biennal of Beijing, and he is also at Fuori tema italian feeling, on the occasion of the XIV Quadriennale of Rome; in 2006 he takes part at Ironica – La leggerezza dell’ironia, curated by Valerio Dehò and Elena Pontiggia at Galleria del Gruppo di Credito Valtellinese of Milan; in 2007 he is invitated at the shows: Nuovi pittori della realtà, curated by Maurizio Sciaccaluga at Palazzo Reale; in the same year he takes part also in the exposition Anatomia dell’irrequietezza curated by Luca Beatrice at Palazzo della Penna of Perugia, and also he takes part in Linee all’orizzonte curated by Maurizio Sciaccaluga for Galleria d’Arte Moderna of Genova. In 2010 he takes part at Nuovo paesaggio italiano at Fondazione Magnani Rocca of Traverseto, Parma; in 2011 he is at 54° Biennal of Venice Italian Pavilion. In 2012 he takes part in Biennale Italia-Cina, at Villa Reale of Monza.