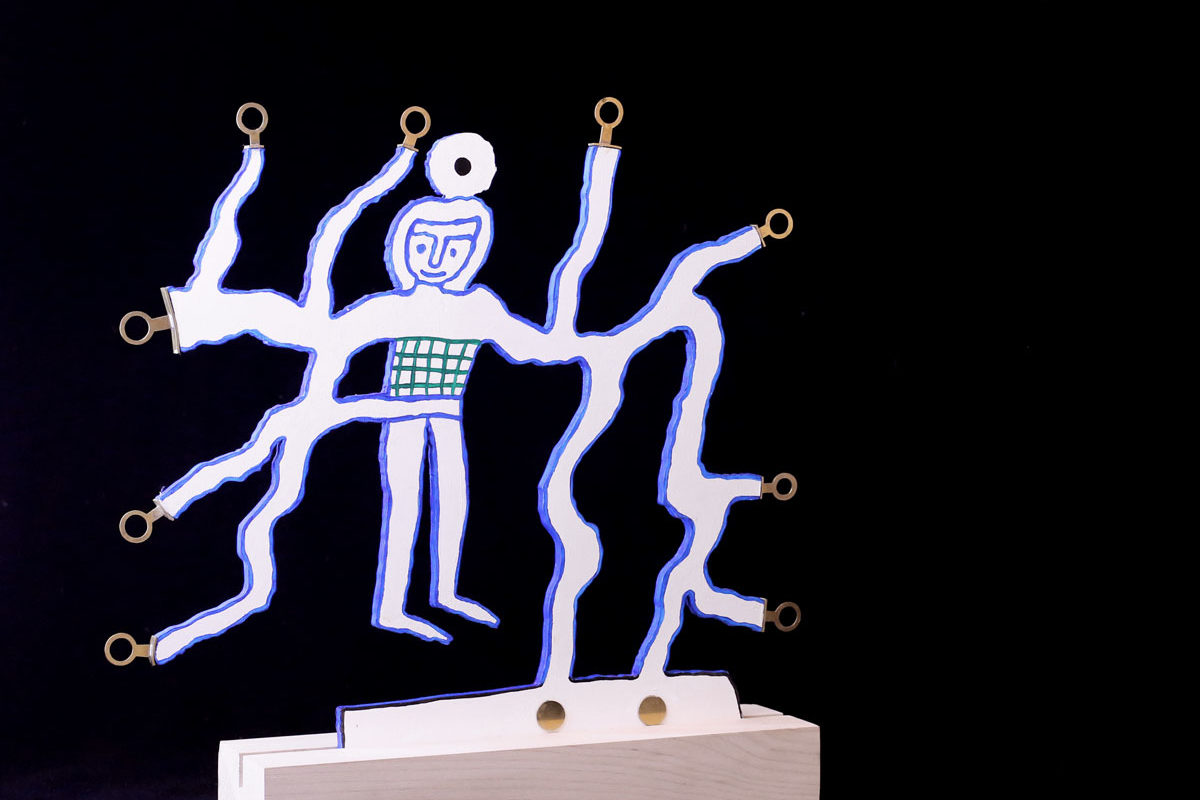 The Lares, the spirit protectors of the house.

curated by Alessandro Guerriero and Antonio Zuiani with the collaboration of Franco Raggi.

Antonio Colombo is proud to present in Little Circus, the space of his gallery dedicated to special projects, the traveling exhibition dedicated to the Lares, the spirit protectors of the house, imagined and curated by Alessandro Guerriero with Antonio Zuiani e Franco Raggi.
Designed in 2016 to celebrate the forty years since the foundation of Alchimia, the exhibition, in its first version, was built as the result of a workshop in fieri in 2017 at the Triennale Di Milano within 999. A Collection Of Questions About Contemporary Living and at a later time, in 2018, presented at Superstudio during the Salone Del Mobile and then at the Moscow Design Week.
Now, it arrives in its entirety and enriched with new elements made specifically for this new stage, in the gallery spaces of Antonio Colombo.
Alchimia in the late seventies gave life to a creative adventure among the most significant of the last decades, introducing in Italy and in the world the neo-modern project, with the involvement, alongside Alessandro Guerriero, of architects and designers the likes of Andrea Branzi, Michele De Lucchi, Alessandro Mendini, Paola Navone, Franco Raggi, Lapo Binazzi, Trix u. Robert Haussmann and Ettore Sottsass.

The protagonists of this show were invited to propose their modern version of the Lares, the ancient spirit protectors of the house, drawing inspiration from the famous Modulor by Le Corbusier, a scale of proportions based on human measurements and invented as a guideline for a truly people-oriented architecture. Alessandro Guerriero relaunches the challenge to his lifelong friends, forerunners of the neo-modern, and he also extends it to many other creatives who, measuring themselves with the uniqueness of the Le Corbusier’s Modulor from the bygone days, propose new measures, no longer just metric but symbolic, such as the connected man by Raggi, the pantheist by Mendini, the prehistoric by Branzi, the positive by De Lucchi, the superstitious by Puppa, the phantasmal by Binazzi, and so on.
Like Alchimia offered, in the past, a home to the creative freedom that overcame the rigidity of the straight and monochromatic modernist lines, so this exhibition pursues the ideal of cohabiting methods of different conception and production where crafts, industry, information technology, current and outdated techniques and materials, are mixed, responding to the always valid starting point of de-specialization.
Thus, new objects with a soul were born, whose “beauty” consists in the love and the magic with which they are proposed. Feeble and punctiform aesthetic presences that offer holds: opposed to everything, they are objects that allow us to broaden our breath, after moments of restrained wonder: they are new objects that recall larger spaces, that are able to shatter the anguish of a house to which they are delivered. Testimonies of a “sentimental thought”, lares for any home.

The artists on show: