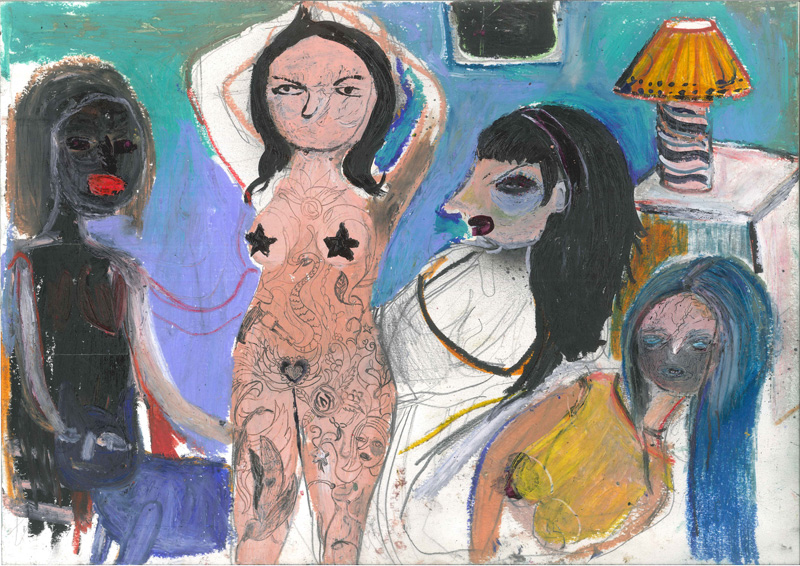 SILVIA ARGIOLAS  was born in Cagliari in 1977, now she lives and work in Milan.

Her research starts from a transposition of what happen in oneself exhistance, as facts, smell or meeting. Working through the pictorial medium, with a direct contact whit the canvas, she plays with a marked symbolism and with an expression of archaic flavour, linked also to a sociological research and an interest at the modern lacanian theories on psychology.