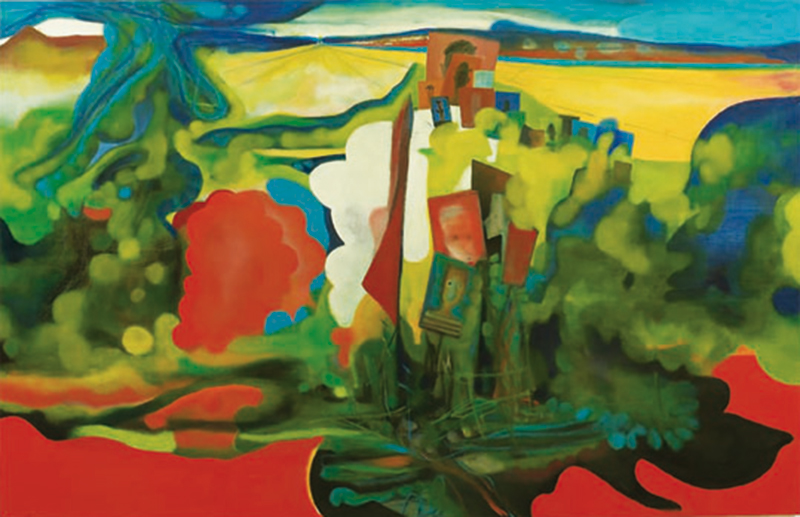 MARCO CINGOLANI was born in in Como in 1961.

He settled in Milan when he was very young, in the years in which in Milan a new artistic sensibility, not more rooted in history of art and in references to the masters but linked to an idea of critical manipolation of reality and communication through mass media. The work by Marco Congolani, since its beginning, has always tried to delete the normative power of the media images, putting them under the radical care of the artist. After he participated in many group shows as Una scena emergente (1991, Museo Pecci, Prato) and Due o tre cose che so di loro (1998, PAC, Milan) he has many antological show dedicated in different prestigious pubblic institutions such as Palazzo Strozzi in Florence and Promotrice delle Belle Arti in Tourin.

He participate in November 2006 at the group show ‘’Senza Famiglia’’, at Palazzo della Promotrice delle belle Arti in Tourin. He works with Antonio Colombo Artecontemporanea in Milan. In 2010 the Italian museum director Giacinto di Pietrantonio inveted him at PAC, Padiglione d’arte contemporanea in Milan, to join the group show ‘’Ibrido’’, with di Jan Fabre, Gilbert&George, Charles Avery, Damien Hirst, Piotr Uklanski, Patrick Tuttofuoco and some other master of the international contemporary sccene. In 2012 he showed his work in “Il Belpaese dell’arte“, at Gamec in Bergamo, curated by Pietrantonio and Maria Cristina Rodeschini, with the artists Elmgreen&Dragset, Sislej Xhafa, Alighiero Boetti, Maurizio Cattelan, Alterazioni Video, and many others.