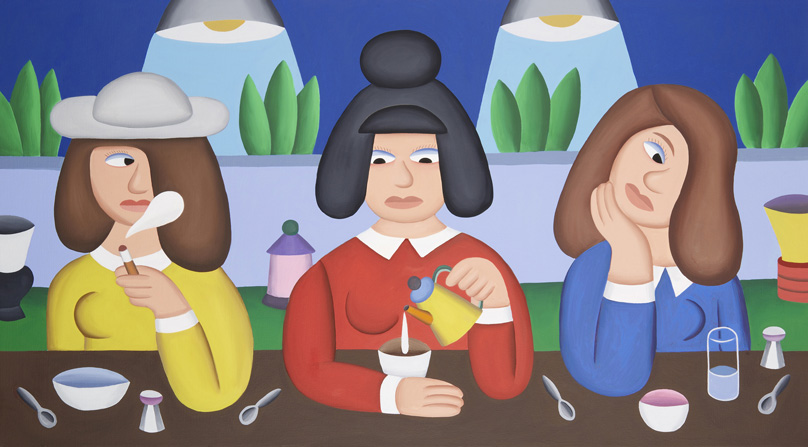 ANDY REMENTER (USA, 1981. Lives and works in Philadephia) is an award winning Graphic Artist from USA.

He grew up in a Victorian beach town where an early xposure to the sun faded, local signage educated his love of type and hand-painted lettering. A sense of timelessness and nostalgia permeate his visual world. Another reoccurring theme of Rementer’s work is isolation, something he cites as an effect of his abrupt relocation to an urban environment in formative years and often depicted in his work through his characters’ underlying unease. He graduated from The University of the Arts in 2004. After working with Fabrica in northern Italy, he relocated to the East Coast where he divides his time between drawing, painting, and storytelling. His colorful and vibrant work has been featured through a variety of sources including an ongoing collaboration with Apartamento Magazine, The New York Times, MTV, The New Yorker, Le Monde, New York Magazine and Creative Review. He has exhibited his art in solo and group shows throughout Europe.