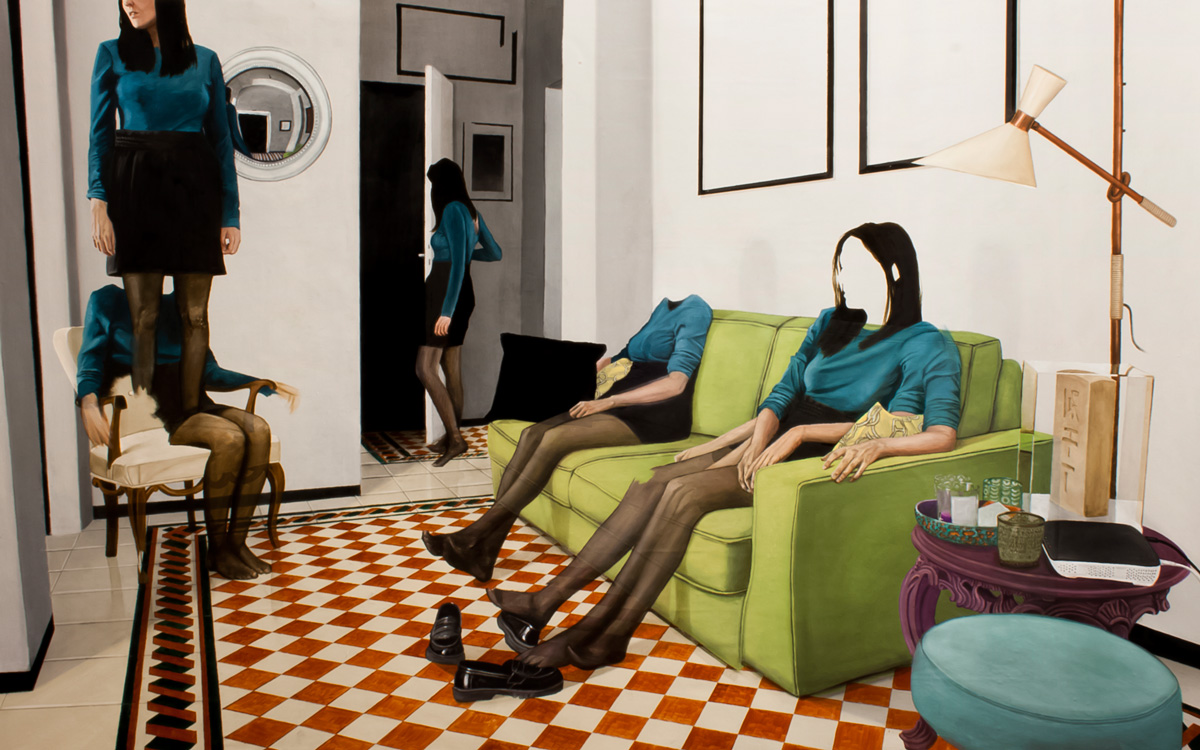 DARIO MAGLIONICO was born in Naples in 1986.

After graduating in Biomedical Engineering at the Polytechnic University of Milan, from 2014 he lives and works in Milan, devoting himself exclusively to painting. He was recently a finalist of the Bugatti-Segantini Prize in the under-35 category, and of the Arte Laguna Prize in Venice. In 2017 he inaugurates the solo show Everything at Once, curated by Ivan Quaroni, at Galleria Antonio Colombo Arte Contemporanea in Milan. In 2016 he held a solo show titled Sincronie, in collaboration with the Department of Culture of the city of Legnano at the Pinacoteca del Castello, curated by Claudia Contu. In 2015 he inaugurates the solo show Claustrophilia at Galleria RivaArtecontemporanea in Lecce and the group exhibition Painting As A Mindfield at the gallery Area/B in Milan, curated by Ivan Quaroni. He also took part in numerous group exhibitions in various cities including Milan, Varese, Venice and Vicenza. In 2015 he was a finalist of the Como Contemporary Contest.

In 2016 Einaudi includes a detail of “Reification #9” on the cover of “Scherzetto” by Domenico Starnone, whom he collaborates with for the realization of some illustrations for the book.